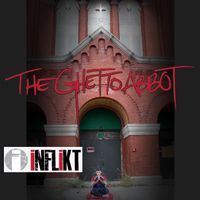 From the recording The Ghetto Abbot [LP]

Verse 1 (iNTALEKT)
Aight, so here we are
Feelin’ it’s sufficient to give ya them gritty bars
Whippin’ hard, really seem odd to lead the charge
But we embark and we eager to seek the lost
Who fiend the rock, dope fiendin’ and noddin’ off
Yea that’s the block – where product is non-stop
Guns blastin’, toe-taggin’, shottie sawed-off
That’s not all - shorty’s younger than twenty four
Drop on all fours get it given to her raw
Trainin’ day tricky she lickin’ the whole cliquey
Sippin’ some mo’ liquey, a spliff and some rolled sticky
Feelin’ she so icky, just simply broke, empty
The enemy so temptin’, she envy the doe – can it be?
That it is all so simple
I think no

Verse 2 (iNFLiKT)
The streets are so brutiful
That's brutally beautiful you gotta mix up the two of those
Pain and pleasure are one in the same together
Like fame and cheddar, sun shine after the rainy weather
The style grungy like Al Bundy - I still
Look at it and say how lovely - foul honeys
With bangin' bodies but it's a shame they mouth ugly
Talkin' all that garbage baby it sound funny
I'm still shootin' up hope O.D.in' on gratitude
When seein' the avenue even when it’s battered and bruised
Anything can be given a time, place and a reason
Down in the gutter I find space for relievin'
Meditatin' on the corner unwind, waitin' and breathin'
That’s just the mind state that I be in
Even on the darkest street there's a lamp post
Remindin' you hope when you think you can't hope